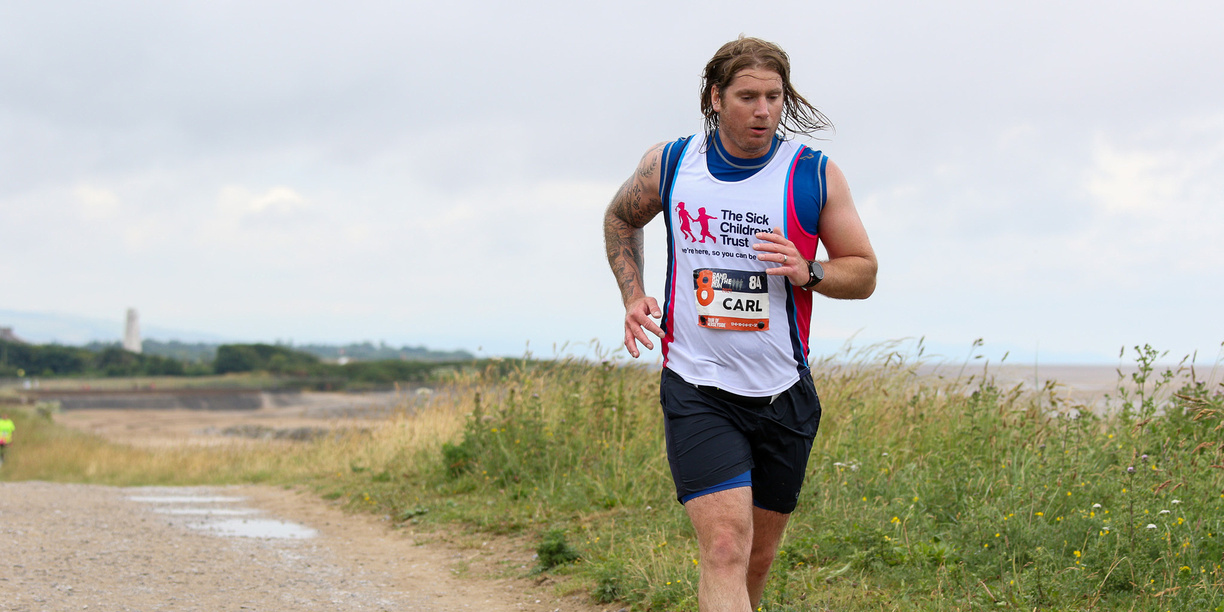 Running for The Sick Children's Trust

Posted on 1st July 2021 at 22:07
Carl completes Day 4 of the "TOM" - Otterspool Promenade 5 Miles
Today we are thanking the Sick Children's Trust.
When a child suddenly becomes ill, there’s no time to plan. The Sick Children’s Trust is the charity that gives families one less thing to worry about by giving them a place to stay, and someone to talk to, free of charge just minutes from their child’s bedside. Keeping families together significantly improves the recovery of seriously ill children. We provide families with a sick child with a free high-quality ‘Home from Home’ accommodation, as well as practical and emotional support so they can be there for their child.
From our own experience with Charlie, as soon as we arrived in Newcastle we had a place to stay. Everyone from the sick children's trust, especially the staff at Scott House were amazing, and so supportive during our 5 months there. It allowed us to be close to Charlie the whole time he was poorly, to celebrate his first birthday and his first Christmas. It was even the "first home" that Lizzy and Rosie had when they were born. Scott House and the staff there went above and beyond to make sure we were all looked after and for this we will be eternally grateful.
Read about our story here

Todays 5 mile run was along the Otterspool Prom. Unfortunately Carl's fancy dress costume (a bottle of beer) didn't arrive on time, and so in true Carl form he decided to wear the wrong charity vest. He had his little supporters come along to cheer him on today, and the girls made more effort wearing their Dorothy from the Wizard of Oz costumes. The children were thrilled watching some fo the other runners in their awesome costumes including 3 giant T Rex, a giant Panda, Slinky the Dog from Toy Story and of the cast of the Wizard of Oz. Rosie was ever so startstruck to meet Dorothy wearing pink running shoes! Carl completed the race in 00:40:16.
Tomorrows race is a 6 mile cross country run across Stadt Moer Park in Knowsley.
You can donate to our charity page here